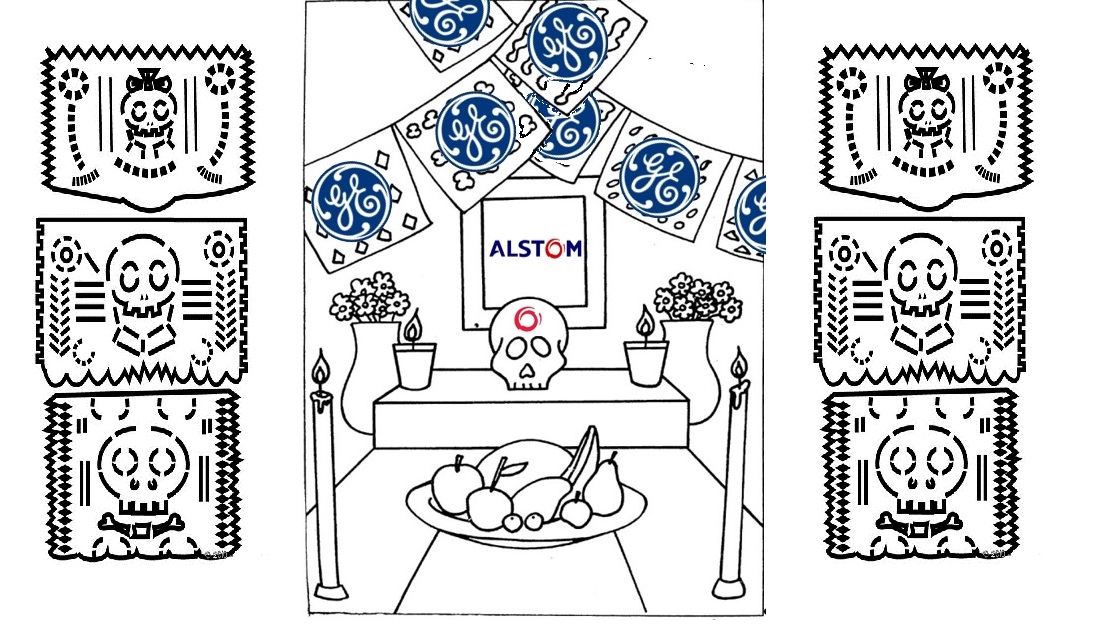 The uncertainty generated around the largest acquisition ever made by a conglomerate in the energy sector has come to an end. Ironically, on November 2nd, «Day of the Dead» in Mexico, has been designated as the «Day One» where the purchase and merge of the energy sector of Alstom group by General Electric will take effect, and in which 65,000 employees will be involved from energy branch of Alstom around the world.
In early September the European Commission approved the purchase of Alstom assets. The approval was subject to the sale of big part of Alstom’s gas turbines activities to the italian Ansaldo Energia, in order to avoid reducing the competition in the sector to only two competitors: the merged company and Siemens. Meanwhile in Mexico, the Federal Competition Commission (Cofece) authorized the transaction between the two groups earlier October.
However, it is undoubtedly to think that the disappearance of Alstom brand, will strength GE’s, Siemens’ and Mitsubishi’s in lesser extent, dominance in the global market for large gas turbines and other equipment for electricity generation.
According to recent statements, General Electric is in the process of returning to its roots as a business and industrial center. This is being achieved by selling its assets in financial services, while Alstom’s energy assets are purchased.
Although with this operation GE expects savings of 3,000 million dollars over the next five years, the recently appointed CEO in Europe, has confirmed a suppression of jobs worldwide, while the commitment to create jobs in France is reaffirmed.
In this scenario, Belfort, a town in eastern France where Alstom began in 1928, seems to become one of the most important operating centers of GE in Europe. As well as being the birthplace of the French group, is the site where workers of both companies have built electric power turbines on adjacent factories over the last 15 years.

With regard to our country, Alstom was an important participant in the development of Mexico, providing with 20% of the installed electricity capacity over the Mexican territory (10,500 MW). In addition of having a significant presence in electricity transmission networks is responsible for the current employment of about 1,200 professionals in its energy sector, mainly in Mexico City, Toluca, Monterrey and Michoacán; those who will become part of the american conglomerate workforce starting from this week.
Information and statements done by the american group, trying to minimize the expectations generated around the «Day One» transitions, have ensured that all activities and jobs will continue their current way, but … what can we expect for the «Day Two»? What can be said regarding the uncertainty of employment of the Alstom workers in Mexico, France and the rest of the world?
In the same vein, it is also important to mention that recently this year, two major Japanese companies, Mitsubishi and Hitachi, which manufacture turbines and boilers, as well as electrical equipment for large power systems, have merged in a single company. The global economic effects of these two merges cannot be ignored.
It will be important to do a further analysis to understand the meaning of these mergers, in terms of capital concentration and its corresponding impact on global markets.